Long ago, dinosaurs roamed the earth, and despite what Wikipedia tells you about Asteroids and Ice Ages, some seem to have stuck around. If you are unsure what to buy for dino-loving children, we have some brilliant and unusual ideas which are just dino-mite. Our range includes:

Robosarus comes in a futuristic black and white design, moving forwards and spinning easily with his built-in wheels. Made by Silverlit, his eyes feature bright LEDs that light up as he speeds along. Fun to take on adventures and a great gift for children between the ages of 4 and 7. Roarsome fun!

The colourful foam balls shoot up to 20 feet and can be used both indoors and outdoors. Air powered, the harder you squeeze his tummy, the further the ball will go. Great for hand eye co-ordination and comes with 6 soft foam balls with a handy carry net. This is great fun and is guaranteed to be the best Dino shooter anywhere – not that they’re easy to find!

A Wicked Uncle best seller! In Wild mode, Dino randomly chases around and roars, avoiding obstacles with his intelligent sensors. For a milder Dino, pop on his collar to change to Training mode and control him with the easy to use four directional remote. Pat his head and he will faithfully follow you round, obeying your hand movements and even performing tricks. Play with your own prehistoric pet – call him Rex?

Assemble a 23 piece model T-Rex layer by layer, from the inside out and learn all about his inner workings. This fearsome 30cm model T-Rex has a clear outer shell, internal bone pieces, muscles and five squishy organs to remove and learn about, including the guts and heart (nice!). Follow a T-Rex as it chases, captures, eats and digests it’s prey with the full colour illustrated information booklet included. This undisputed king of the dinosaurs is guaranteed to impress any dinosaur fan, it’s dino-might!

This hilarious grinning T-Rex selfie puzzle is a top dinosaur gift, guaranteed to raise a smile. The ‘Magic Motion’ 3D effect draws you into the completed picture as the dinosaurs ‘follow’ you from wherever you see them. Perfect for little dino-fans!

Doodle Your Own Dinosaur Pillowcase – £15.95

Create your own colourful prehistoric masterpiece – a brilliant addition to any bedroom. This pillowcase features a fantastically eye-catching design and comes with ten washable pens, so when you’re done, you can chuck it in the washing machine to enjoy again and again! The perfect gift for creative kids who love dinosaurs!

What better gift for a dino-loving child than six colourful mix and match socks? With 15 possible combinations, every day is dinosaurtastic!  Dare to scare – odd socks are so 2019.

The chunky water pen in this really lovely set is perfect for little hands to grip. Fill it with water and paint the white boards with it to reveal four colourful dinosaur scenes. Once it dries, it returns to white, so you can enjoy it again another day. What an original gift!

Like what you see? Check out even more dinosaur toys here!

We think these dinosaur presents are T-rexcellent, and guaranteed to make the children smile. Unlike our dinosaur puns, which are pteroble. Saury about that. 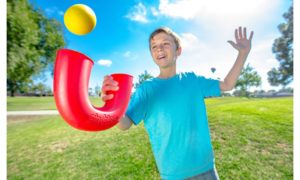 33 School Morning Tips to Save You Time and Hassle 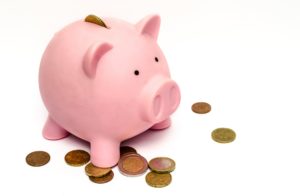