We love to laugh at Wicked Uncle HQ. We post a weekly joke on our Instagram feed, and we even have our very own Joke Factory – enter at your own risk; contains serious LOLs. But every now and then, the elves enjoy rounding up some of the most humorous one liners EVER, just so you can steal them, pass them off as your own original work and appear really clever and witty to your friends. You’re welcome.

Here are ten of our current favourites:

My girlfriend and I often laugh about how competitive we are. But I laugh more.

I don’t want to brag, but I do speak a little Latin. I’m not fluent, but I’m sure  if I ever went there, I could get by.

So what if I can’t spell Armageddon? It’s not the end of the world.

The worst time to have a heart  attack is during a game of charades.

My Dad always said “fight fire with fire”, which is why he got thrown out of the fire brigade.

The first time I see a jogger smiling, I’ll consider it.

My wife just found out I replaced our bed with a trampoline; she hit the roof.

I’m very good friends with 25 letters of the alphabet.  I don’t know why.

We’re 99.9 % sure you smiled at least once. If you think you have a better one liner, why not Tweet us?

Here’s a longer joke to finish.

Tom is applying for a job as a signalman for the local rail company and is told to meet the Inspector at the signal box.
The Inspector decides to give Tom a pop quiz, asking: “What would you do if you realised that two trains were heading towards each other on the same track?”
Tom says: “I would switch one train to another track.”
“What if the lever broke?” asks the Inspector.
“Then I’d run down to the tracks and use the manual lever down there,” answers Tom.
“What if that had been struck by lightning?” challenges the Inspector.
“Then,” Tom continued, “I’d run back up here and use the phone to call the next signal box.”
“What if the phone was busy?”
“In that case,” Tom argued, “I’d run to the street level and use the public phone near the station.”
“What if that had been vandalised?”
“Oh well,” said Tom, “in that case I would run into town and get my Uncle Leo.
This puzzled the inspector, so he asked “Why would you do that?”
“Because he’s never seen a train crash. 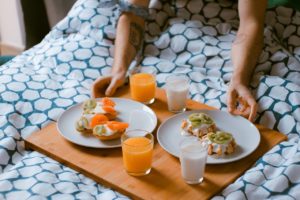 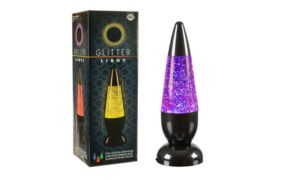 Alternative Gifts For Cool Mums in 2020

Read More
PREVIOUS STORYGuest Post: The Science Behind Happy Children.
READ NEXTSuper Fast Food.
Like our blog? Get our newsletter!